The following excerpt from Carl Sagan’s book Pale Blue Dot was inspired by an image taken, at Sagan’s suggestion, by Voyager 1 on 14 February 1990. As the spacecraft was departing our planetary neighborhood for the fringes of the solar system, it turned it around for one last look at its home planet.

Voyager 1 was about 6.4 billion kilometers (4 billion miles) away, and approximately 32 degrees above the ecliptic plane, when it captured this portrait of our world. Caught in the center of scattered light rays (a result of taking the picture so close to the Sun), Earth appears as a tiny point of light, a crescent only 0.12 pixel in size. 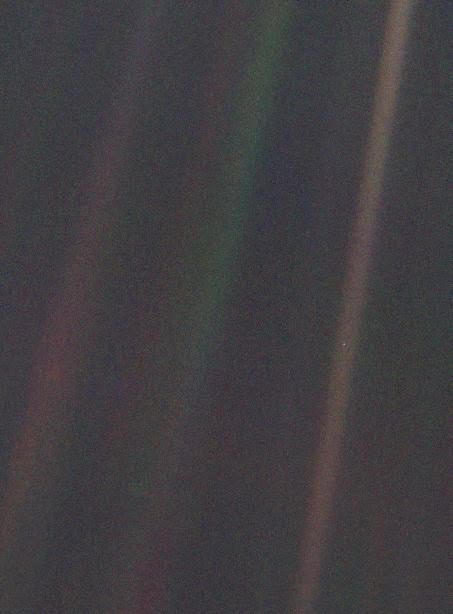 THE PALE BLUE DOT OF EARTH

Look again at that dot. That’s here. That’s home. That’s us. On it everyone you love, everyone you know, everyone you ever heard of, every human being who ever was, lived out their lives. The aggregate of our joy and suffering, thousands of confident religions, ideologies, and economic doctrines, every hunter and forager, every hero and coward, every creator and destroyer of civilization, every king and peasant, every young couple in love, every mother and father, hopeful child, inventor and explorer, every teacher of morals, every corrupt politician, every “superstar,” every “supreme leader,” every saint and sinner in the history of our species lived there–on a mote of dust suspended in a sunbeam.

The Earth is a very small stage in a vast cosmic arena. Think of the rivers of blood spilled by all those generals and emperors so that, in glory and triumph, they could become the momentary masters of a fraction of a dot. Think of the endless cruelties visited by the inhabitants of one corner of this pixel on the scarcely distinguishable inhabitants of some other corner, how frequent their misunderstandings, how eager they are to kill one another, how fervent their hatreds.

Our posturings, our imagined self-importance, the delusion that we have some privileged position in the Universe, are challenged by this point of pale light. Our planet is a lonely speck in the great enveloping cosmic dark. In our obscurity, in all this vastness, there is no hint that help will come from elsewhere to save us from ourselves.

The Earth is the only world known so far to harbor life. There is nowhere else, at least in the near future, to which our species could migrate. Visit, yes. Settle, not yet. Like it or not, for the moment the Earth is where we make our stand.

It has been said that astronomy is a humbling and character-building experience. There is perhaps no better demonstration of the folly of human conceits than this distant image of our tiny world. To me, it underscores our responsibility to deal more kindly with one another, and to preserve and cherish the pale blue dot, the only home we’ve ever known. 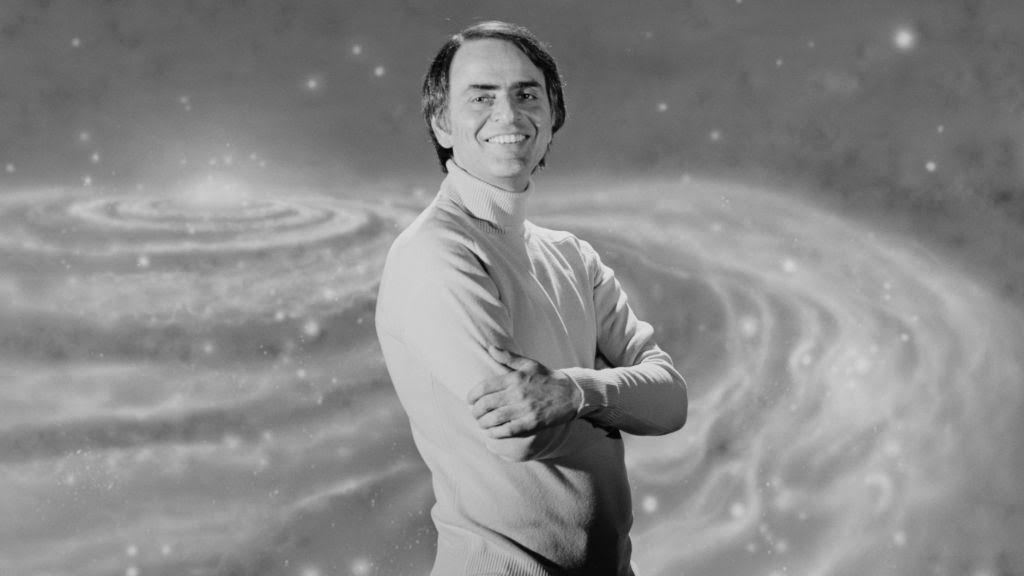 Carl Edward Sagan was born on Nov. 9, 1934, in Brooklyn, New York. He attended college at the University of Chicago, where he earned his Ph.D. in astronomy and astrophysics in 1960, at the age of 26.

The Bruce Murray Space Image Library is a unique collection – recent and past photos and videos from the world’s space agencies, artwork, diagrams, and amateur-processed space images. Bruce Murray, Planetary Society co-founder and emeritus director of NASA’s Jet Propulsion Laboratory, insisted that planetary missions take photos for the public as well as for scientists. Bruce literally helped change our view of the solar system.

Timeline of the Scientific Revolution: https://www.famousscientists.org/timeline-scientific-revolution/ 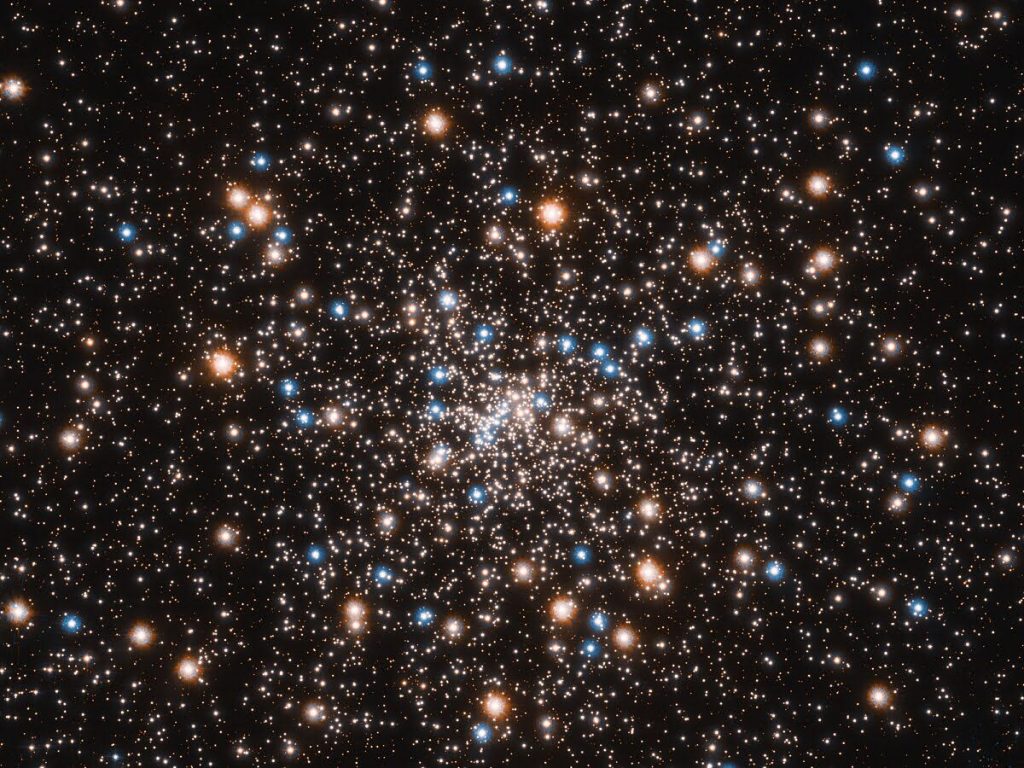 “What I Learned – Carl Sagan”

What is Carl Sagan most famous for?

What are 2 interesting facts about Carl Sagan?

What was Carl Sagan’s theory?

What is A Pale Blue Dot?

Parents, have your students write an essay on what they learned reading about Carl Sagan. Students can use our free printable lined paper for their hand written essay: https://discoveryk12.com/Resources/Generic/LinedPaper.pdf 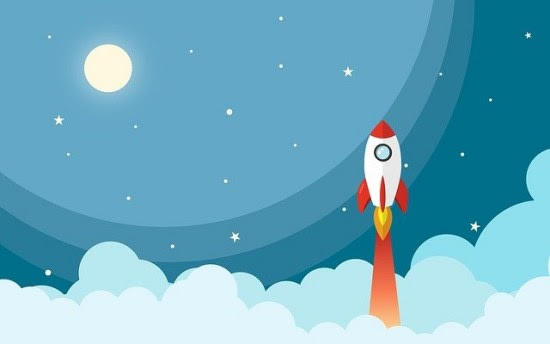 Since there is no air in space, the sound has no medium or path to move in order to be heard. Radios are used by astronauts to keep in touch when in orbit because radio signals can still be transmitted and received.

With a mean temperature of about 450° C, Venus is the hottest planet in the solar system. Amusingly, Venus is not the nearest planet to the Sun; Mercury is nearer, but Mercury’s temperature fluctuates greatly due to the lack of an atmosphere to control it.

Mars, out of all the planets in our solar system (other than Earth), is the one that is most likely to support life. NASA discovered small fossils of microscopic life forms in a rock retrieved from Mars in 1986.

Nobody Knows How Many Stars there are in the Universe

Because of the vastness of space, it is difficult to know exactly how many stars we have. Scientists and astronomers currently estimate the number of stars only within our galaxy, The Milky Way. The total of stars in space is calculated to be around 200 and 400 billion, and there are billions of galaxies, so the stars in space are truly uncountable.

The backpack and control module accounts for 70% of the total cost of the suit, which is $12 million.

Neutron Stars have a Rotational Speed of 600 Times Per Second

Neutron stars are the thickest and smallest stars in the entire universe, with a radius of around 10 kilometres (6 miles) and amass a few more times that of the Sun. Due to various mechanics, they can spin up to 60 times per second after being born from a core-collapse supernova stellar explosion, and have also been known to rotate as much as 600-712 times a second.

It’s Possible that a World Made Entirely of Diamonds Exists

This is very impressive in terms of space truth. According to Yale University researchers, a rocky planet named 55 Cancri e, which has a diameter twice that of Earth and a mass 8 times that of Earth, may have a surface composed of graphite and diamonds. It’s 40 light-years away in the cluster of Cancer, but it’s visible to the human eye.

For 100 Million Years, the Footprints on the Moon will Remain

Since the Moon has no environment, there is no air to entrench the surface or water to wash away the prints. This indicates that the Apollo astronauts’ fingerprints, as well as spacecraft prints, robot prints, and abandoned material, will be preserved for millions of years.

On Venus, a Day is Longer than a Year

Venus’ axis rotates slowly, taking 243 Earth days to finish one day. Venus has a 225-day revolution around the Earth, so a year on Venus is 18 days shorter than per day on Earth.

Astronomers have discovered a huge water vapour cloud about 10 billion light-years away that contains 140 trillion times the volume of water in the Earth’s oceans, making it the biggest water discovery ever made. 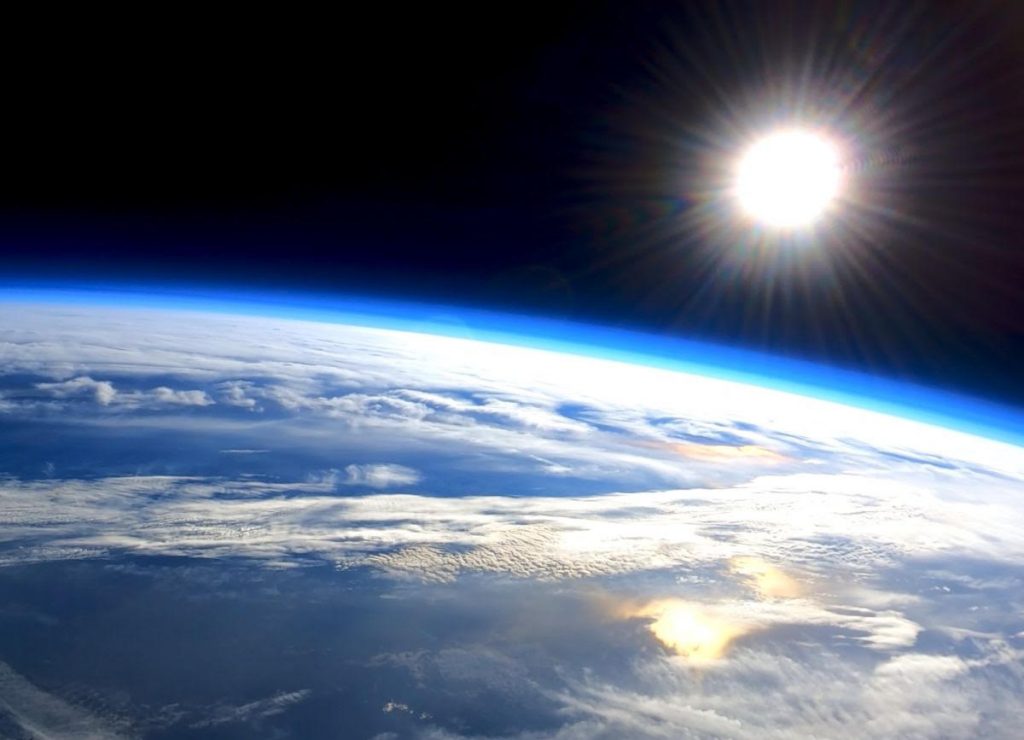 Parents, have your students write an essay on what they learned reading about Space. Students can use our free printable lined paper for their hand written essay: https://discoveryk12.com/Resources/Generic/LinedPaper.pdf