The Golden Gate Bridge is one of the most internationally recognized symbols of San Francisco, California, and the United States. It is a suspension bridge that first opened in 1937 and cost $35 million dollars at the time to build over a four year period. It would cost $1.2 billion to build the bridge today.

Facts about the Golden Gate Bridge

The Golden Gate Bridge was designed by Irving Morrow. 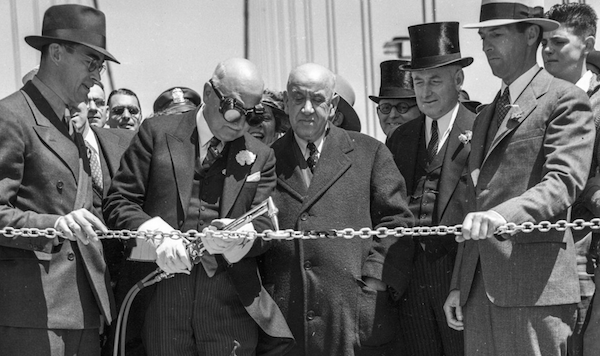 Activities
1. Build a Suspension Bridge Model – Example 1, Example 2
2. Write an essay or create a presentation on the design of the Golden Gate Bridge.
3. Research and find the locations of the five largest suspension bridges in the world.
4. 36 Weeks of STEM: Suspension Bridge
5. Draw the San Francisco Bridge. Email your art to info@discoveryk12.com and we’ll post it in the online Multipurpose. Below is a tutorial: